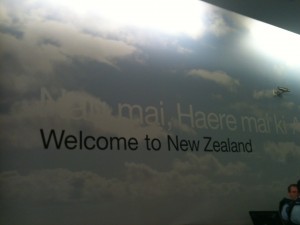 Welcome to New Zealand in English and Maori

As soon as Lewis the Lion arrived in Auckland airport, he was greeted with the words, ‘Haere Mai‘ and ‘Nau Mai‘ both meaning ‘Welcome.’

But here are some other Maori words that he learnt when he was in New Zealand, especially when he spent an evening in Maketu with a Maori community. (Look out for his blog on ‘Lewis visits a Maori community and learns the haka’ where he learns the words to the haka: a Maori challenge to war!). He discovered that there is no Maori word for please; it’s more in the expression in your voice that indicates it, whereas for his other magic words, ‘hello’ and ‘thank you’ they can be summed up in the handy little words ‘kia ora!’

Tena koe – Greetings to you (said to one person)

Tena koutou – Greetings to you all

Ka kite ano – Until I see you again (bye) 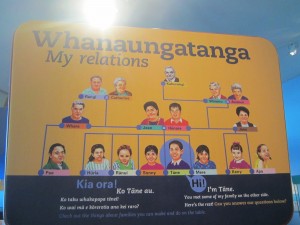 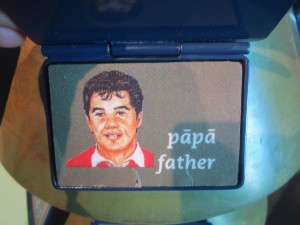 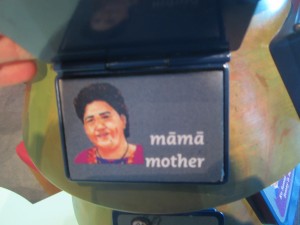 The notion of family is very important to the Maori community and once welcomed in you are all brothers and sisters. Lewis the Lion thinks that it is interesting that the words for mum and dad in Maori are similar to those in European languages. 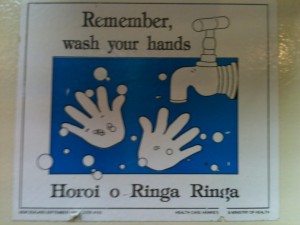 As Maori is a Polynesian language, Lewis the Lion was reminded of his time in Easter Island where he learnt some Rapa Nui, as in Maori also, sometimes words are repeated as you can see in this poster for washing your hands.

The Maori Language is seen as an important and enriching part of the New Zealand culture and Lewis the Lion saw this recognised in many places, for example, in this poster that he saw at the Doctor’s surgery (when he was getting pesky booster injections for the rest of his journey around the world!): 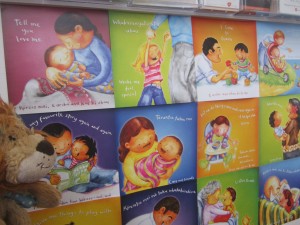 He also started to appreciate that the language and culture are strongly linked, e.g. when he visited the Te Papa Museum in Wellington. For instance, there are many Maori stories that explain how New Zealand came to be formed as it is, for example this Maori creation story that Lewis the Lion read. 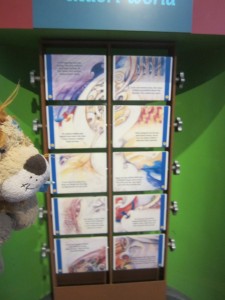 A creation story in Maori

The Maori language is also taught in schools where children will learn things such as the number system as seen in this photo below, where Lewis the Lion is trying to learn the numbers 1-10. 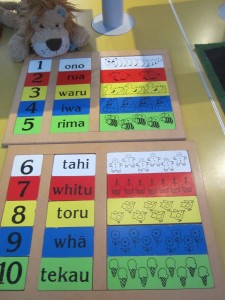 Lewis the Lion and the Maori numbers 1-10

What games do you know that you could play to help you and Lewis the Lion learn these numbers in Maori?