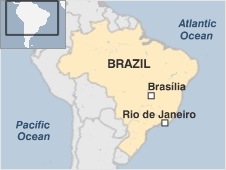 Country name: Federative Republic of Brazil (Brazil is South America’s most influential country and one of the world’s biggest democracies)

Other cool things that Lewis the Lion has discovered about Brazil are:

For more information on the Brazil go to the BBC website