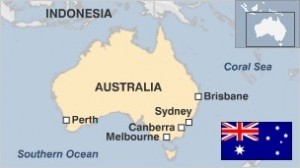 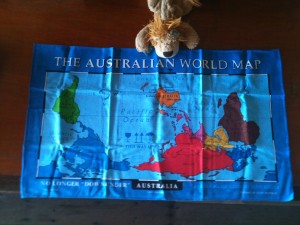 Down Under? Lewis the Lion sees things from an Australian perspective

Lewis the Lion just loved Australia: he felt right at home there. That might have had something to do with all of the lovely friends he was lucky enough to visit, however, here are some of the other things he thought were particularly interesting: 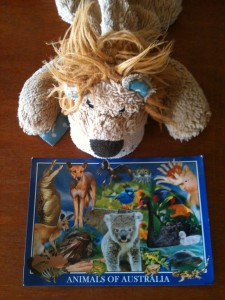 Australia is famous for its unique variety of wildlife

*Unquestionably, the rich and diverse wildlife, from bounding kangaroos to soft koalas, from howling dingoes to waddling penguins. Lewis has many stories in his blog where he will talk about Australia’s unique animal life. To start off with, check out his blog on the Australia Zoo. 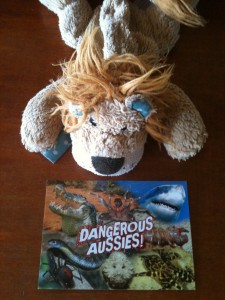 Lewis the Lion with some Dangerous Aussies!

*However, he wasn’t too keen on the idea of running into too many of Australia’s nasties. Apparently, Australia has some of the deadliest and most poisonous insects and animals of anywhere else on earth.

*As if the animal life on dry land wasn’t enough to whet his appetite, Lewis the Lion was totally blown-away by Australia’s marine life and especially on the world’s greatest reef: the Great Barrier Reef

*The Australian beach life. With golden sand lining miles and miles of coastline, with almost guaranteed good weather, is it any wonder that Lewis the Lion simply loved the beach lifestyle in Australia? From sailing in the Whitsunday Islands, to swimming in the picture-perfect Lake McKenzie on Fraser Island, from surfing in Byron Bay to seeing more amazing animals on Phillip Island and Perth. (Watch out for his forthcoming blogs to find out what animals he saw!)

*The vibrancy of the city life in some of Australia’s great cities: Sydney, Brisbane, Melbourne and Perth. He learnt that the famous Sydney Harbour Bridge is nicknamed the ‘Coat Hanger!’

*Learning about Australia’s Aboriginal rich history and culture, particularly with the Tjapukai and Anangu tribes. His visit to Australia’s Red Centre to see Uluru, the world’s biggest rock was truly a spiritual and breathtaking experience.

*The Australians have their own type of yeast extract which they either love or hate (a bit like Marmite to the Brits) called Vegemite.