Lewis the Lion discovered that there are many languages spoken in India: 415 living languages to be exact! However, the officials ones are Hindi and English (reminiscent of the time when India made up part of the British Empire). Hindi is the language which is spoken most widely (approximately 41% of the population speak it) although many Indians are either bilingual or trilingual. Hindi is spoken mainly in nothern and central India. More than 180,000,000 people in India regard Hindi as their mother tongue and another 300,000,000 use it as a second language.

Hindi is mainly written in Devanagari script (also called Nagari). Devanagari consists of 11 vowels and 33 consonants, and is written from left to right.

So, whilst Lewis the Lion was in India, he did his best to learn his ‘magic words.’ As he explained in his blog on Lewis’ first impressions on his first day in India where he learnt the importance of ‘hello’ – ‘namaste’ to the Indian people. Saying ‘namaste’ to someone in India seems more powerful to Lewis the Lion as it recognises the divine within each one of us. He also soon realised why this word is used in yoga classes as it is all about connecting with our body, minds and soul.

He soon realised that ‘Namaste’ was a really handy word as it could be used to express the words: hello, good morning, good afternoon and goodbye!

Thank you is ‘Shukriya,’ and please is ‘Krupaya,’ although Lewis the Lion didn’t hear many people use the word ‘please’ and he wondered if this was perhaps a cultural difference?

Other words he learnt on his journey were as follows:

A dish made with lentils: Dal or dhal

To learn some more Hindi words go to the Newbury Park Language of the Month website, clicking on this link.

Finally, Lewis also had a little chuckle to himself when he saw some signs in ‘bad English’ on his journey through India. Can you spot the spelling and grammatical mistakes? 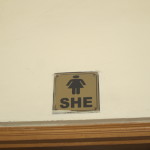 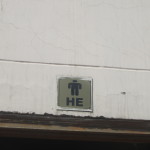 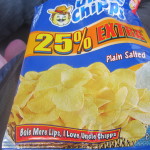 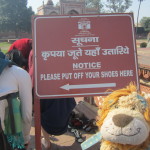 Which word is not correct in British English? 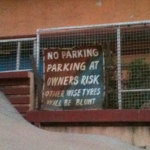 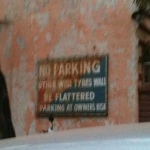 What a good looking tyre you are!