Lewis the Lion discovered that it wasn’t just the accent that changed from British English to American English but some of the vocabulary and grammar too, even if his ‘magic words’ – hello, please and thank you, remained the same.

Here are some of the differences he found, along with some photos: 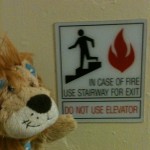 ‘Elevator’ is the American word for ‘Lift’ 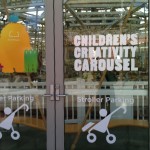 ‘Pushchairs’ are called ‘Strollers’ in America 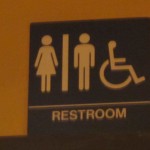 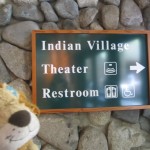 Can you spot the two words in American English? 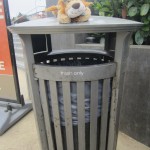 Lewis the Lion sits on a trash can – a litter bin

The grammar also changes from time to time, e.g. The use of the double negative:
‘I ain’t going nowhere!’
Or in British English this would be:
‘I’m not going anywhere!’

In British English, we might say ‘It’s half past two.’ and in American English ‘It’s two thirty.’

The Americans are often polite and if you go into a shop or restaurant. you may be addressed as Sir or Ma’am and be told to ‘Have a nice day!’ as you say goodbye.’ Culturally the Americans are big on customer service because many jobs rely on tips.

If you would like to investigate some more differences between British and American English, visit this Project Britain website which puts the words into categories, e.g. clothes and at school.