Lewis the Lion learnt that the original inhabitants of the Australian continent, the indigenous people or Aborigines have been there for a very long time, for about 50,000 years!

Being such a vast continent, there were many different tribes with their own languages. Today it is recognised that there are about 15 remaining languages which are spoken by all age groups. Lewis the Lion encountered two of these tribes’ languages on his journey in Australia: firstly the Tjapukai (Djabugay) tribe living in the forests north of Cairns and secondly, the Anangu tribe living in the Northern Territory and around Uluru (the Western Desert).

On his language challenge, these are the words he learnt:

The Tjapukai or Djjbugay Language 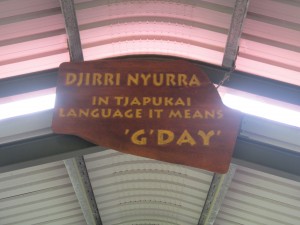 Djirri Nyurra is how you say hello or welcome in Tjapukai 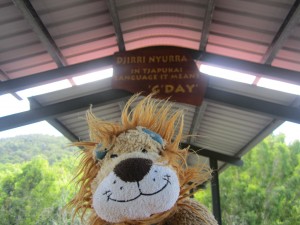 Lewis the Lion learns some Tjapukai

The other ‘magic word’ he learnt was also very useful:

Guri – Please and Thank you!

Being in Australia, he also learnt some of their animal names of the animals around them:

He also found the words in the photographs very useful. Can you see why? 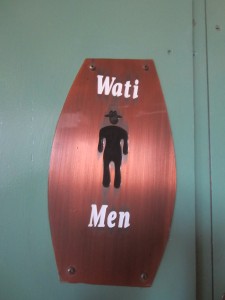 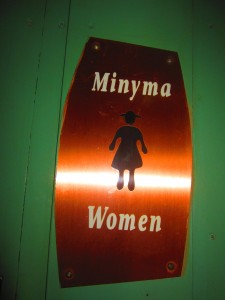 He thinks perhaps he should have added the word ‘toilet’ or ‘The Men’s’ or ‘The Ladies” in every language that he’s learnt on his journey so far?

What do you think?