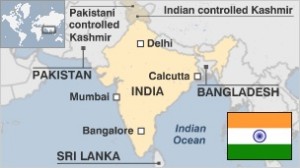 Lewis the Lion, as always, liked to discover some of the cool facts about the country he was visiting and this is what he found out about India: