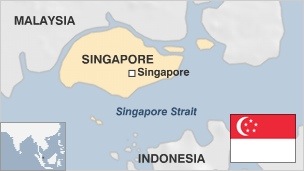 Singapore is the first Asian country that Lewis the Lion had ever visited in his life. These are some of the things that he found really cool about it:

*It is a city state called the ‘Lion State’ which Lewis particularly liked for obvious reasons!
*This is the city where the East meets the West. There are clearly strong influences from both sets of cultures, from the architecture to the food and so on
*The variety of styles of food available. There really is an international kitchen. Lewis the Lion particularly loved the Hawker’s Centres: a type of food court but with stalls selling one speciality usually at a very reasonable price
*The weather is tropical: hot and humid with fantastic storms
*The efficient transport system
*The religious tolerance with all the main faith groups represented in their places of worship: churches, temples, synagogues and mosques.