The first thing that Lewis the Lion noticed as he stepped on to Australian soil at the airport in Brisbane was this sign: 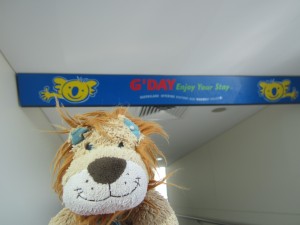 The Australian way of saying ‘hello’ or rather ‘Good Day!’

So straight away he knew that one of the ‘magic words’ was slightly different!

He discovered that like New Zealand English, Australian English is very close to British English but with few different words and a slightly different accent (where everything seemed to rise up at the end of a sentence to make it sound like a question!).

He found out that the accent was different in the main because when the colonists arrived in New South Wales in 1788, they came predominantly from Ireland and South East of England (although there was a mixture of different British accents too). The first generation of children created a new dialect that then became the language of the nation.

Lewis the Lion noticed that some Australia English we even use in British English today and wondered how much of that was to do with some of the Australian soaps (like Neighbours and Home and Away) that have been beamed into UK living rooms over the last 25 years?!

Nonetheless, Lewis the Lion listened very carefully to the Australians whilst he was in Australia and here are some of the words and phrases (in alphabetical order) that he picked up. 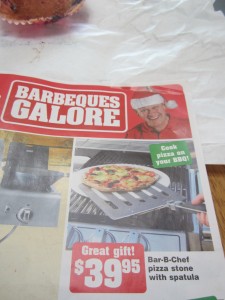 “Throw a shrimp on the bar-b!” 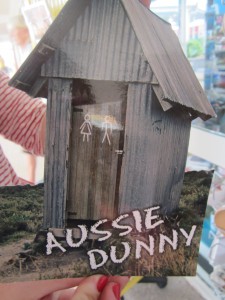 A toilet in Australia is familiarly known as a ‘dunny!’ 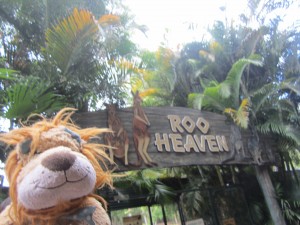 Lewis the Lion outside ‘Roo’ Heaven 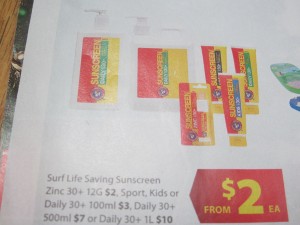 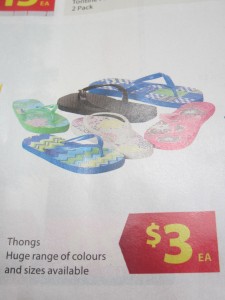 Argy-Bargy – a bit of pushing around
Chuck a mono – to do a wheelie
Chuck a wobbly – to get mad
Cooking with gas – being productive, it’s going well
Dead beat – exhausted
Fair dinkum, mate – I agree, mate or fair play, mate
Fair dinkum? – Really?
G’day, mate. – Hello or Good Day, friend
Give you a dink – Give you a ride on your bike
How yer goin? – How are you?
No worries – No problem 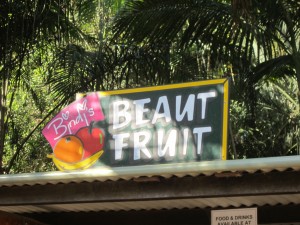 Anything that can be shortened usually is and this applies especially for names.

The voice rises at the end of every sentence so that it sounds like a question.

Lewis the Lion thinks it’d be fun to try to say these words and expressions with the best Australian accent you can do! Why don’t you give it a go with a friend?!