Lewis the Lion blinks and a year has passed by!

A year to the day since Lewis the Lion returned from his epic world-wide journey, he felt dreadful that he’d never managed to upate his blog and complete his story from his travels around the world. But what another incredible year he had lived out, with so many more stories to tell.

Funniest of all was that his life seemed to have come full circle from when he first started his adventure in the first place as he was now living in that place where he first ‘dipped his paw in the water.’ He was now an official resident of the United Arab Emirates and was living in Dubai! 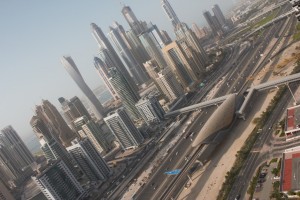 So, Lewis the Lion has made a pact with himself that he will finish his tale of his incredible trip around the world over the coming months so watch this space… 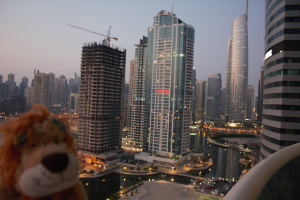 Lewis the Lion stands on the balcony from his new home 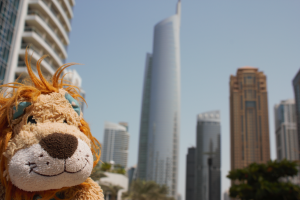 Lewis the Lion at the Almas Tower – JLT

Did you ever start something that you had difficulty finishing? How did you motivate yourself to persevere?