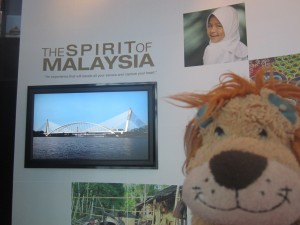 Lewis is certainly impressed by the ‘Spirit of Malaysia’

“As an internationally acclaimed national landmark, the Petronas Towers are a national pride to the people of Malaysia. They symbolise the courage, ingenuity, initiative and determination, energy, confidence, optimism, advancement and zest of a nation that will bring worldwide recognition and respect to all Malaysians.”
Tun Dr. Mahathir bin Mohammed, Fourth Prime Minister of Malaysia

Lewis the Lion simply loved Kuala Lumpur for a number of reasons: 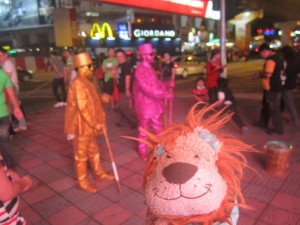 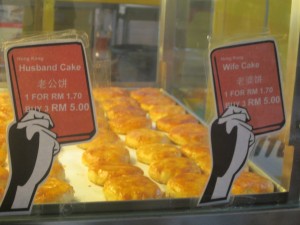 Lewis the Lion sees the humorous husband and wife cakes

*The people were friendly, unpretentious and great fun. 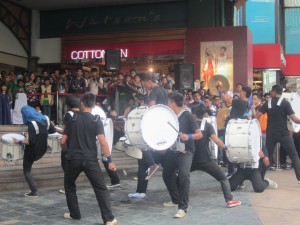 The drumming competition pulls in a crowd

(See this snippet of when Lewis the Lion saw a percussion competition in the centre of town).

*The shopping was incredible and voted as the second best place to shop in Asia as posters proudly proclaimed this status across the city. There was even an amusement park and huge roller coaster in one of its shopping centres called Times Square 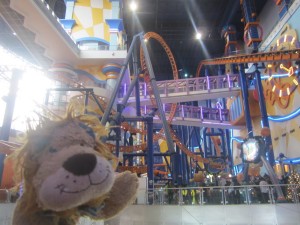 Inside the Times Square shopping mall with its roller coaster 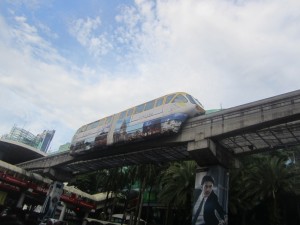 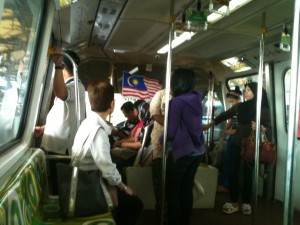 *It celebrated how the lives of different immigrants had enriched its culture as seen when Lewis the Lion visited markets of Chinatown, the Batu Caves (Check out his next blog.) and tried all of the different international cuisines in its food courts 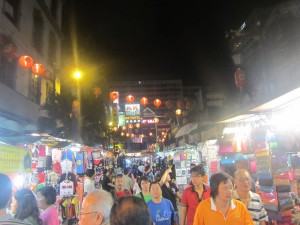 The bustling market of KL’s Chinatown

*and last but perhaps most impressively of all, Kuala Lumpur had a several towers that really were reflective of its ambition to become “a fully developed industrialised nation by 2020,” notably the Petronas Towers and the Sky Tower. 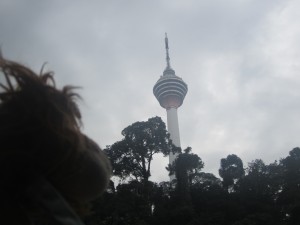 Lewis the Lion looks up at KL’s other famous tower: The Sky Tower

Lewis the Lion was lucky enough to visit the Petronas Towers (also known as the Petronas Twin Towers) whilst he stayed in KL, truly the national symbol of Malaysia. For six years, between 1998 and 2004, they were the tallest skyscrapers in the world and rapidly became the symbol of Kuala Lumpur and Malaysia. Designed by the Argentinean architect, César Pelli, they stand proud at 451.9 metres with an adjoining bridge called the Sky Bridge at Level 41 and 42. Their design reflects Islamic geometry and each have 88 floors in total. They are made of reinforced concrete, steel and glass with 55,000 glass panels in total. ‘That’s a lot of window cleaning!’ thought Lewis the Lion cheekily.

One of his favourite parts of his visit to the Petronas Towers (so named after their sponsor, Petronas, the Malaysian oil giant) apart from the lift which shot up the different levels, was the use of holograms. He felt that he was truly in a futuristic building, especially when he used the QR code on his ticket to built up and hold a virtual Petronas Tower in his little paw!

Here in Lewis the Lion’s photo gallery you can see what he learnt and saw on his visit to the Petronas Twin Towers. 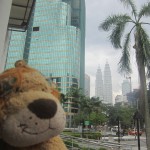 Lewis the Lion sees the Petronas Twin Towers in the distance 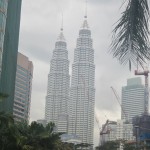 The symbol of Kuala Lumpur and Malaysia: the Petronas Towers 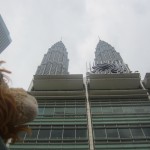 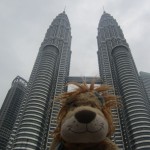 Lewis the Lion at the base of the Malaysian Petronas Towers 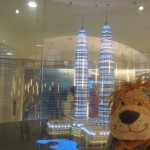 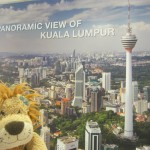 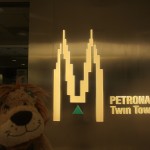 Lewis the Lion gets ready to ascend the famous towers 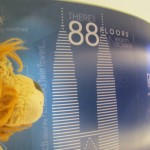 Each tower has 88 floors 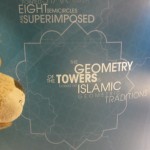 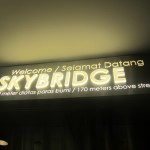 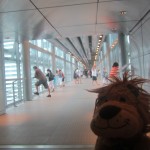 Lewis the Lion stands on the Skybridge 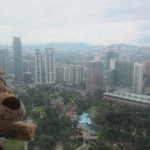 Lewis the Lion looks out onto a drizzly Kuala Lumpur 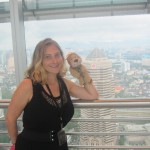 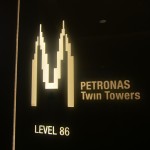 The highest viewing point in the Petronas Twin Towers 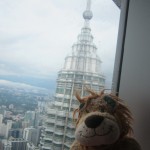 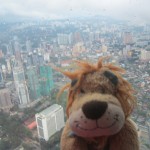 Lewis stands at quite a height above Kuala Lumpur 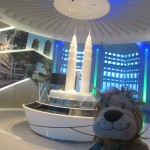 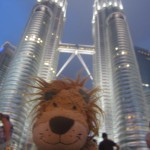 Here too are some video clips of his visit:

This is what Lewis the Lion saw from the Sky Bridge of the Petronas Towers.

Lewis the Lion sees the height of the Petronas Towers as you can see him looking up at them in this You Tube clip.

Have you ever used a mobile phone to scan QR codes? If not, ask a friend or an adult to show you how it’s done.
If you are familiar with using QR codes, teach someone else how to use them!