Lewis the Lion soaks up the Melbourne vibe

Back in Melbourne city centre following the horse racing, Lewis the Lion and his friends headed for the China Town district of Melbourne. He’d noticed that there was a strong international presence in Melbourne as particularly in terms of restaurants there was food from all over the world: Japanese, Chinese, Italian, Greek, Spanish and so on. He thought that this international melting pot was what made Melbourne so special. There definitely seemed to be a dynamism here and out on the city streets. In the Chinese restaurant he went to, you placed your menu from an iPad and the order would get sent directly to the kitchen. ‘Very innovative,’ thought Lewis the Lion. 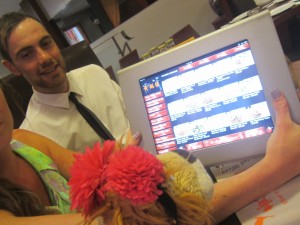 Placing a menu order on an iPad

This creativity spread out into the art on the streets too as Lewis the Lion stopped for a while to enjoy the performance of some talented hip-hop dancers who were clearly improvising. 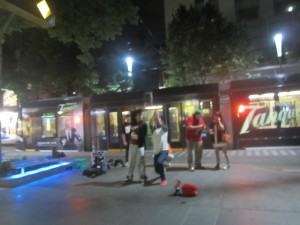 Click here to see a snippet of their hip-hop performance too on You Tube.

He then saw the most intriguing temporary art: a man with a bucket of water and a mop. 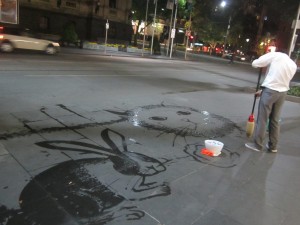 A street artist with a mop and a bucket of water

He was using the water from the mop to create some rather clever pictures. 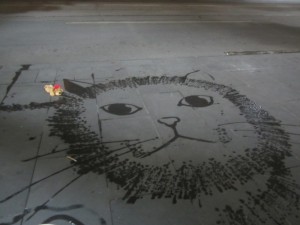 What do you think?

The following day, Lewis experienced more of this exciting Melbourne vibe as he met up with more of his friends with whom he had travelled around New Zealand and seen in Sydney: Lina, Tara and Sinead. Yet again, it was great when his path crossed again with such lovely fellow travellers. 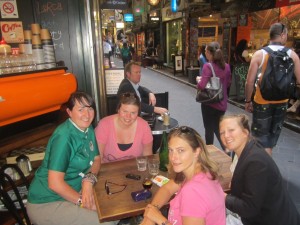 He discovered a famous meeting point in Melbourne, ‘Under the clocks of Finders Street Station’ and not far from there, 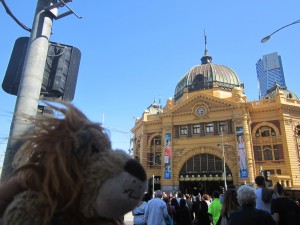 in a little hidden away back alley was a delightful row of cafes, bakeries and boutiques. If you hadn’t known about it, you might have walked straight passed it! 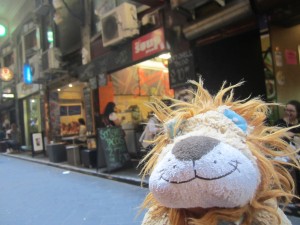 From there, they had a little wander down to the Southbank near the river and really, Lewis the Lion could have imagined he was in London for a second just with less people. 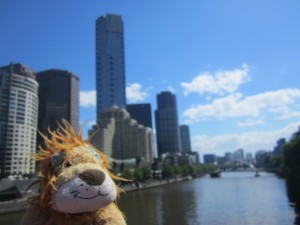 He loved the contemporary art by the riverbanks as you can see in some of these pictures. 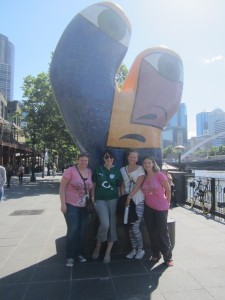 Lewis the Lion’s friends enjoy hanging out in Melbourne 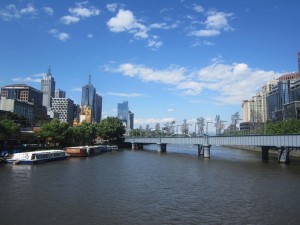 Wire sculptures on the bridge crossing the Yarra River

Apart from the good city metro and train network, 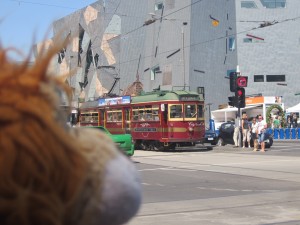 Melbourne also has trams and in particular, a free running tram called The Circle Line. 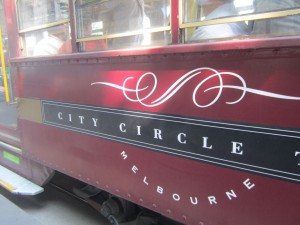 You can ride on The Circle Line for free!

This is the old tram line and Lewis thought that it was a really handy way of getting around the city in old-fashioned style. 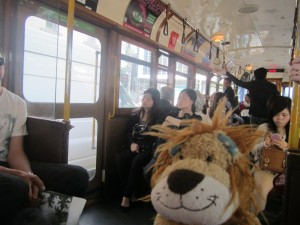 However, he was also appreciative of one of the newer trams which took him further afield one day to Melbourne’s beach area, St. Kilda. 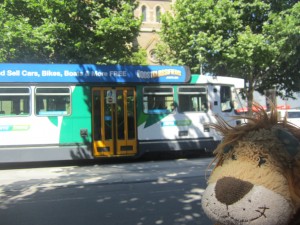 Melbourne has a great tram network

Although it was a cold, blustery day which made having a picnic on the beach rather tricky, he loved the entrance to its famous funfair or Luna Park, 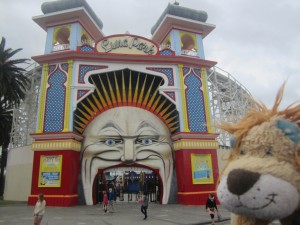 and was grateful for its amazing coffee shops where he could warm up and indulge in a cake or two with his friends. 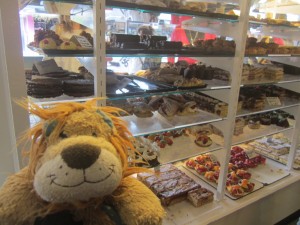 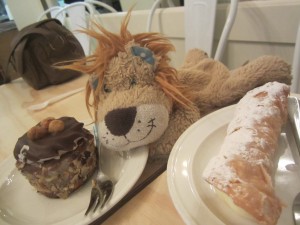 Yes, Lewis the Lion loved soaking up the Melbourne vibe, even if it wasn’t quite as sunny as some of the other places he’d been to so far on his journey through Australia. 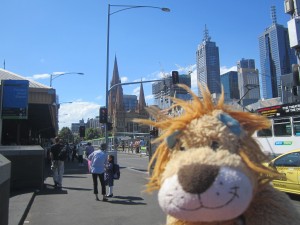 There was definitely a European influence here and he could see why so many Europeans had settled there too because it felt rather homely. 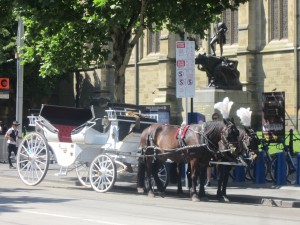 Horse and carriages for the tourists

In fact, he felt right at home there too and he wondered if one day, after his big journey that he might like to come back to Melbourne for a little bit longer…?

Lewis the Lion loved the feel of the city of Melbourne. He found that people were helpful, kind and a lot of fun.

Which place in the world do you enjoy visiting where you get that good feeling or vibe? What makes it so special?

Helen Molloy has been a Primary Learning and Teaching Consultant, leading on the introduction of Primary Languages in the City of Stoke-on-Trent for the past 5 and a half years. She is passionate about language learning and inspiring children into developing a curiosity and awareness of other people's languages and cultures.
View all posts by Helen Molloy →
This entry was posted in Lewis' Blog and tagged Australia, children's travel blog, educational travel blog for children, for kids, Lewis the Lion, Melbourne, travel blog, travel blog to inspire kids, travel stories to inspire children, travel writing for children, Victoria. Bookmark the permalink.