As Lewis the Lion travelled in America, he noticed that he state had its own registration or licence plate. He particularly like this piece of artwork that he saw in an art gallery in Sausalito which shows a map of the United States of America and it is filled in with the different registration plates: very clever!

As there are 50 different states in America, he didn’t see licence plates for all of them but here are a few that he did see in his photo gallery: 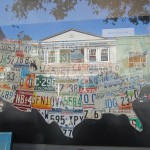 A map of the USA made up of number plates 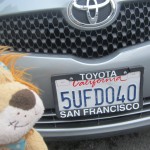 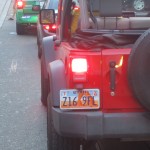 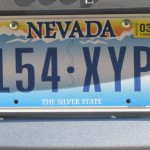 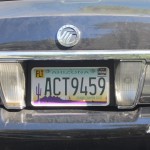 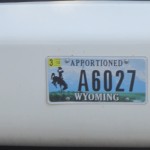 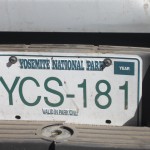 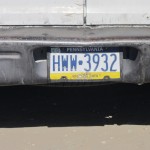 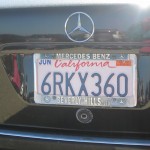 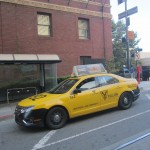 Did you spot the photo of the yellow taxi too?

Lewis the Lion threw that photo in for good measure too as he loves the American yellow ‘cabs’, as the Americans call them!

If you were to design your own car registration plate, what would it look like?

Design it or describe it.

Lewis the Lion also has a challenge for you:

Locate where these cars have come from using a map of the United States of America!

Helen Molloy has been a Primary Learning and Teaching Consultant, leading on the introduction of Primary Languages in the City of Stoke-on-Trent for the past 5 and a half years. She is passionate about language learning and inspiring children into developing a curiosity and awareness of other people's languages and cultures.
View all posts by Helen Molloy →
This entry was posted in Lewis' Blog and tagged car registration plates, children's travel blog, educational travel blog for children, Lewis the Lion, licence plates, USA. Bookmark the permalink.