Lewis races back to Lima, Peru 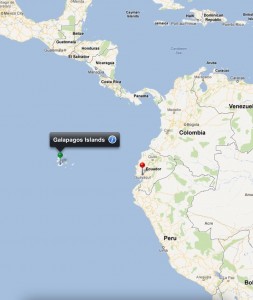 Lewis the Lion flies back from the Galapagos to Guayaquil, Ecuador

So from the magical Galapagos Islands, Lewis the Lion had to make rapid tracks back into Peru because he had another flight to catch to another special island in the Pacific Ocean that he will tell you about in one of his next blogs. 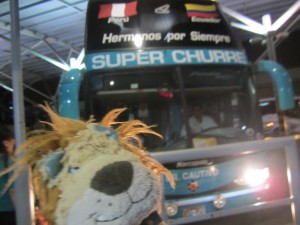 The overnight bus to Piura, Peru

So as soon as he got back to mainland Ecuador, he had to catch an overnight coach to a place called Piura in Peru, just across the Ecuadorian border. It was sometimes tiring to travel, especially when you had to get up in the middle of the night to go through passport controls and fill in yet another bit of paper which you had to keep for entering and exiting the country. 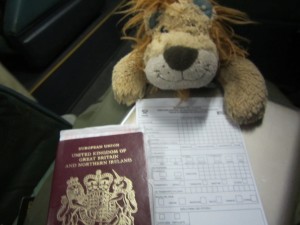 More forms need to be filled in ready for passport control

Do you remember how Lewis the Lion had had a really long coach journey to get to Ecuador from Lima? 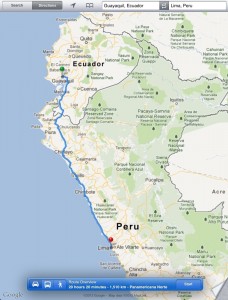 The long distance from Guayaquil to Lima

Well, this time, he simply didn’t have enough time and so instead caught a flight from Piura to Lima which took just one and a half hours instead! (That wasn’t before he first had a little ride in a tuk-tuk and there seemed to be hundreds of them in the city of Piura).

Arriving at Lima airport just kept things simple as from here, he was able to catch his flight directly to his next exciting destination: Easter Island!

What do you know already about Easter Island? What would you like to know about it?

Helen Molloy has been a Primary Learning and Teaching Consultant, leading on the introduction of Primary Languages in the City of Stoke-on-Trent for the past 5 and a half years. She is passionate about language learning and inspiring children into developing a curiosity and awareness of other people's languages and cultures.
View all posts by Helen Molloy →
This entry was posted in Lewis' Blog and tagged children's travel blog, educational travel blog for children, for kids, journey, Lewis the Lion, Lima, motorised taxis, passport, Peru, Piura, travel, travel blog, travel blog to inspire kids, travel stories to inspire children, travel writing for children, tuk-tuk. Bookmark the permalink.